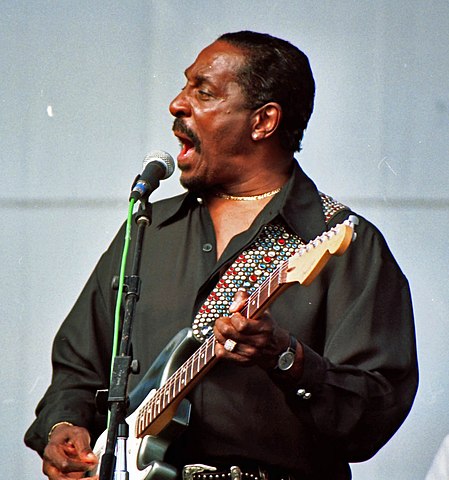 By I, Sumori, CC BY-SA 3.0, https://commons.wikimedia.org/w/index.php?curid=2256096
Izear Luster "Ike" Turner Jr. (Born November 5, 1931) was an American musician, bandleader, songwriter, arranger, talent scout, and record producer. He is most popularly known for his work in the 1960s and 1970s with his then-wife Tina Turner, where he was considered an early pioneer of fifties rock and roll.  He was married six times and had a various drug related issues.

Coming in at Number 4 (The Reality TV Mom) >